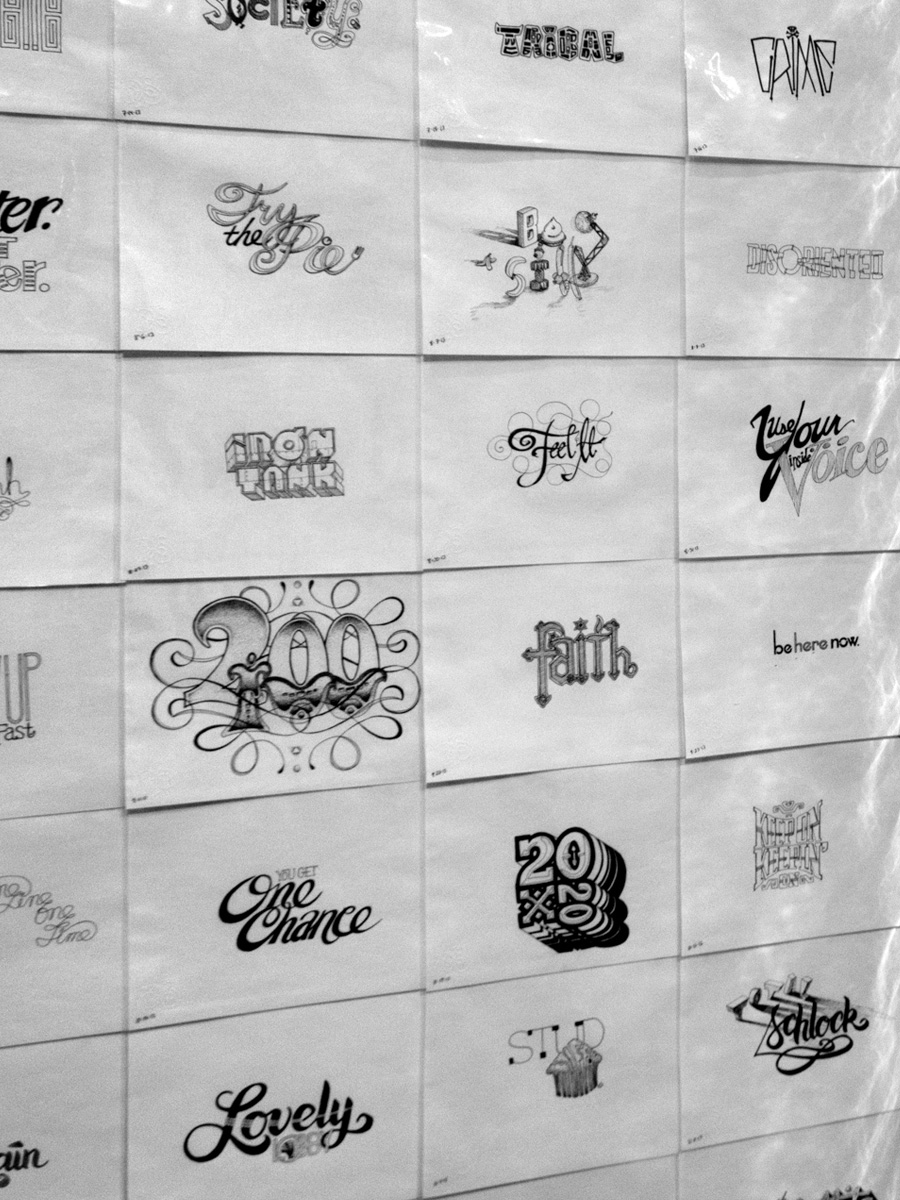 Some Call it Unlucky, but Thirteen is My Favorite

The entire show is based upon two themes: first is the making of pencil/ink illustrations throughout the 2013 calendar year. This daily challenge I set for myself was to create compositions using random letters, words, or phrases….and to create them in only fifteen minutes time or less, take a photo of it and share it online. Whether the sketch turned out well or not, it was required to be shared and documented in this manner. This grouping of sketches became the corner point for the entire body of work.

All the remaining pieces in this exhibition are either influenced or directly-inspired by the original group of 365 sketches’ intent. That intent being a heavily focused motivation to play, experiment, and use mark-making as a process to add emotional values to the Latin letterforms typically taken for granted.

Which led me to the second influence on this exhibition: my childhood growing up on a small Iowa farm. Because when in life do we absolutely play and experiment with abandon the most? When we were very young.

The stories from that childhood period wrestle with narratives including presence of family, and of faith, living in a divorced home, physical isolation, community presence, LGBT-stories, masculine- and feminine-constructs of that period, physical environmental influences such as the fields of corn I moved within, and the numbers 7 and 13, for I was born on July 13, all variables which occur throughout.

The physical arrangement of the show is also curated by the physical space itself, I wanted to instigate play-like movements by the viewers much like we as children did: to explore, bend, and move about a space lead by colors, physical elements, textures, and lighting. 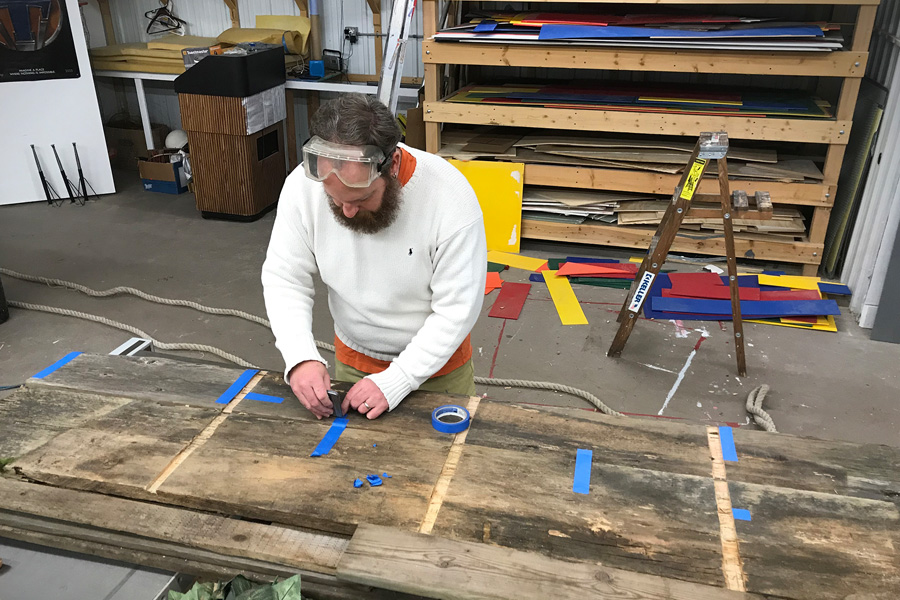 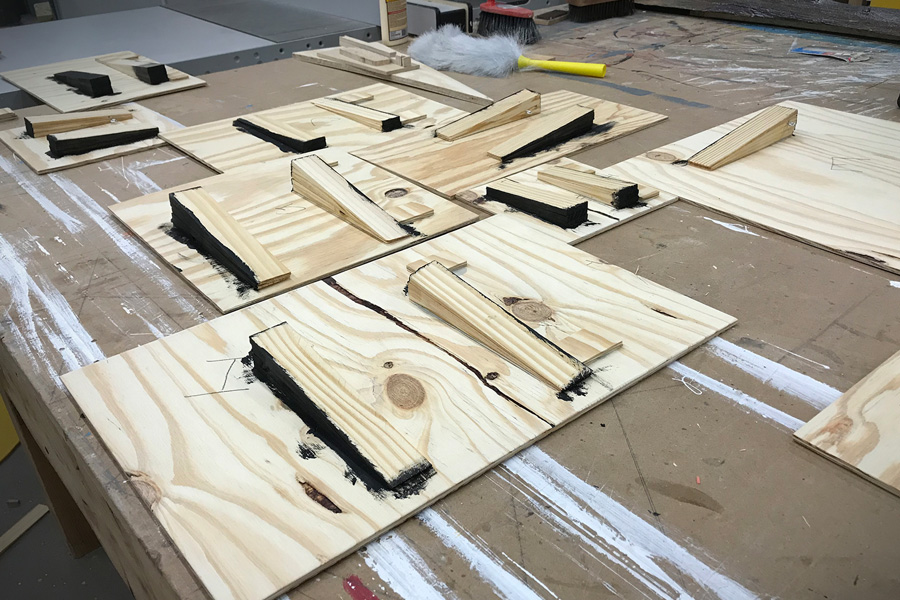 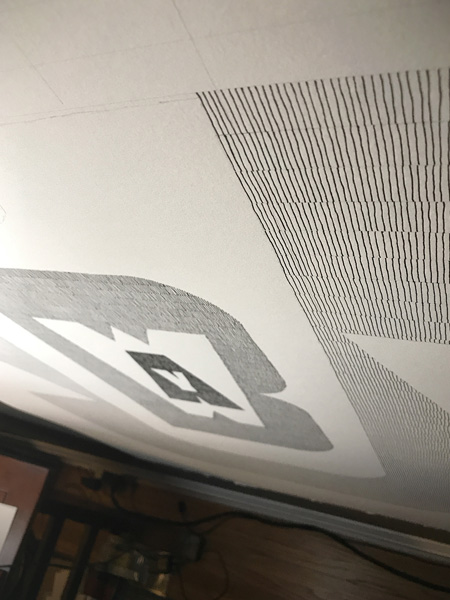 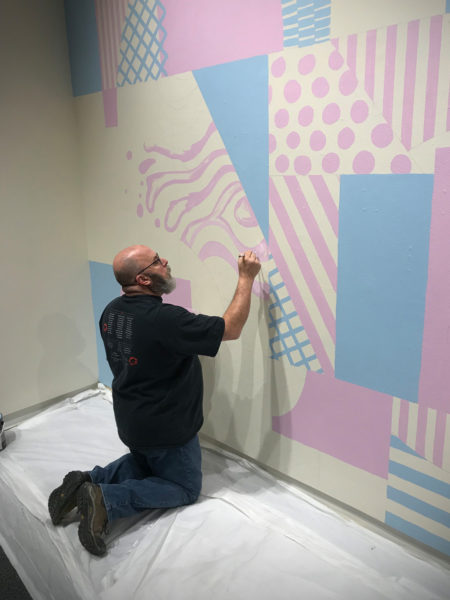 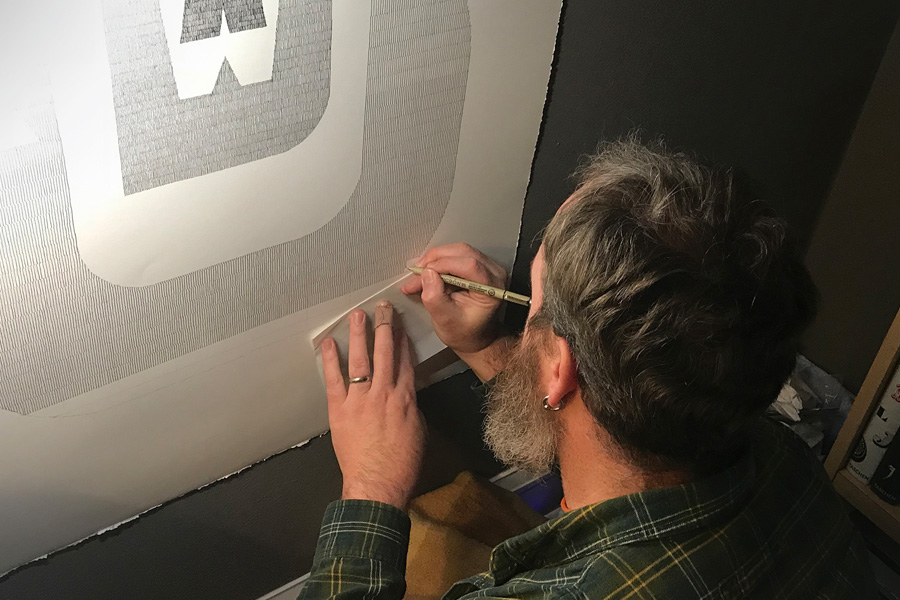 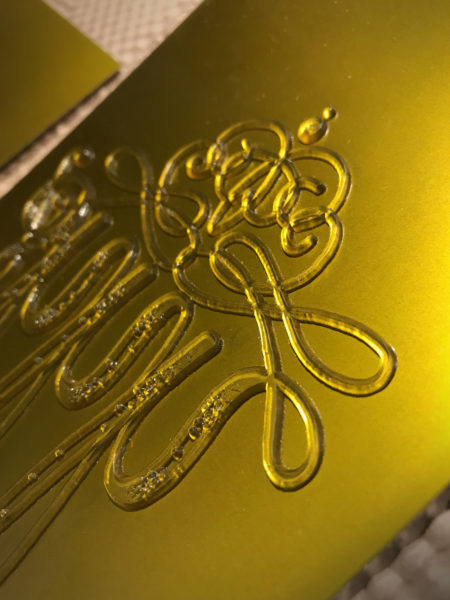 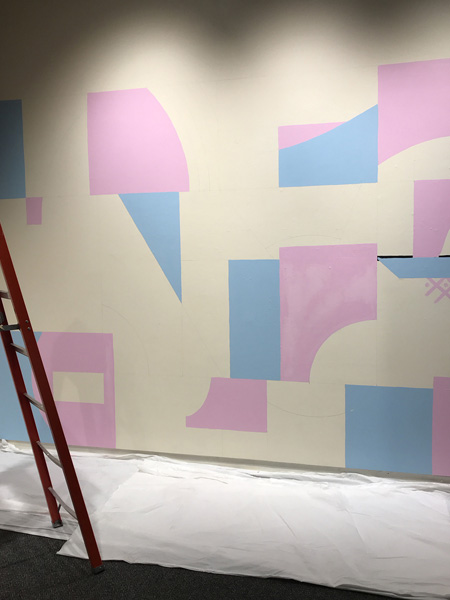 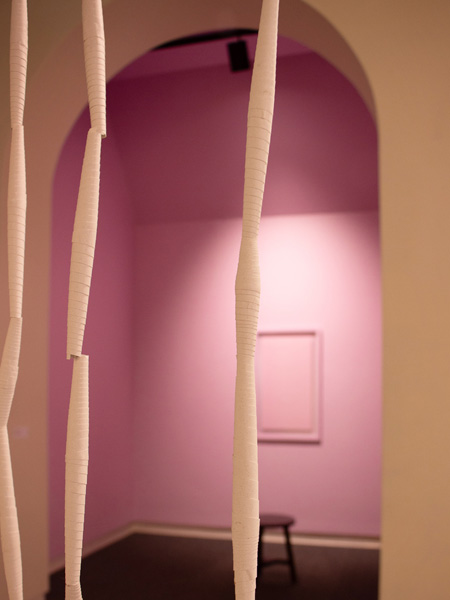 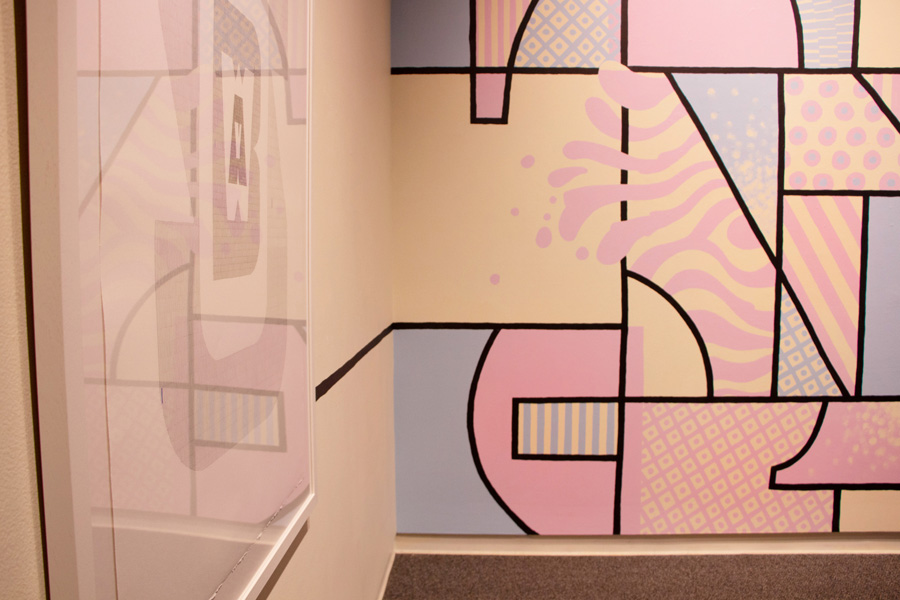 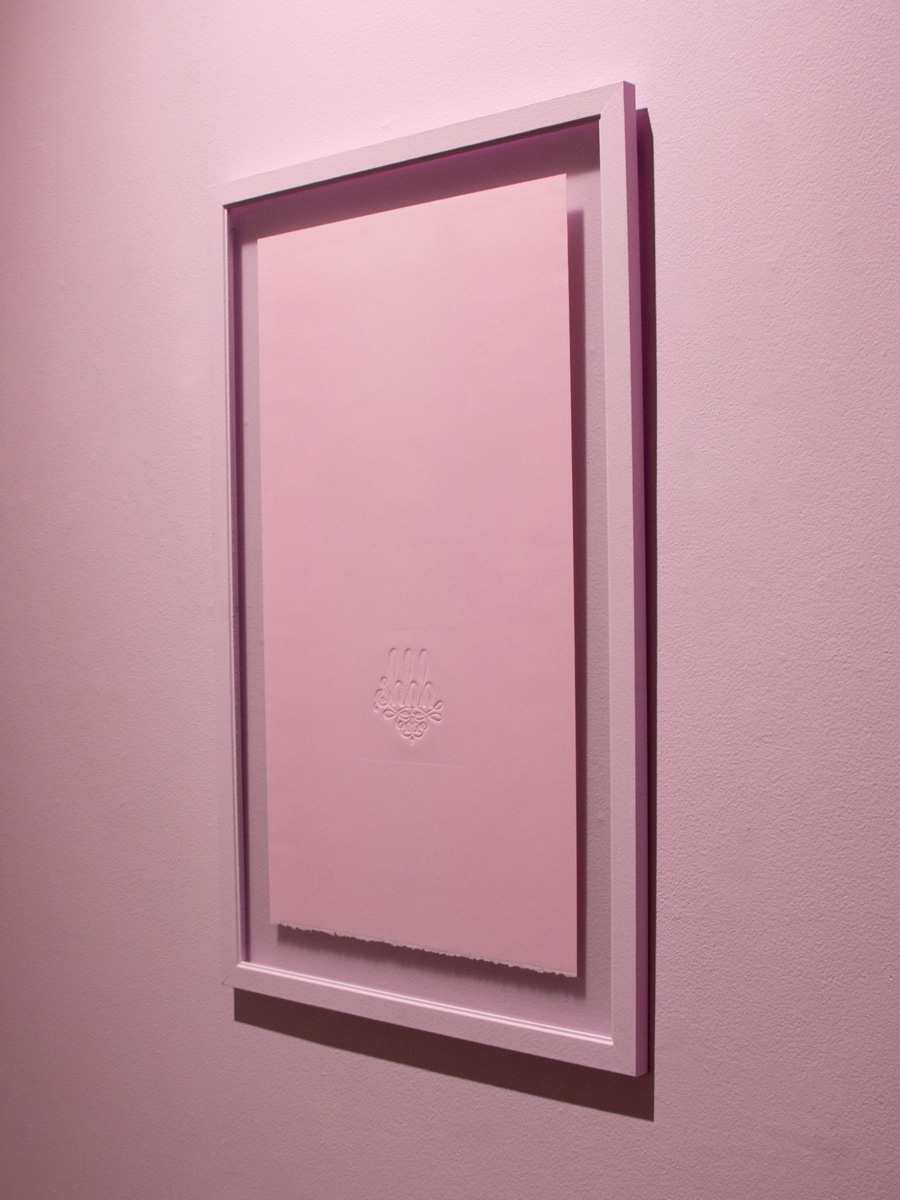 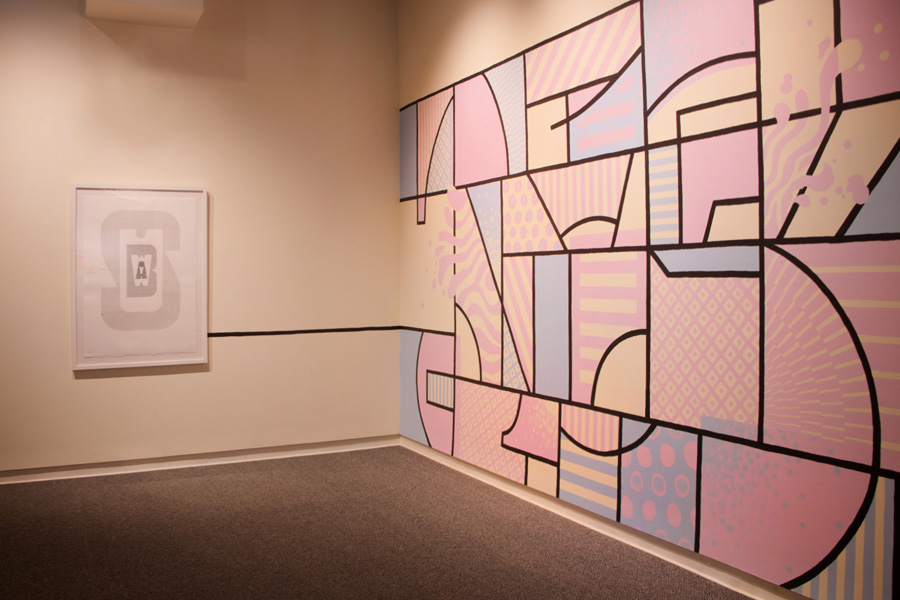 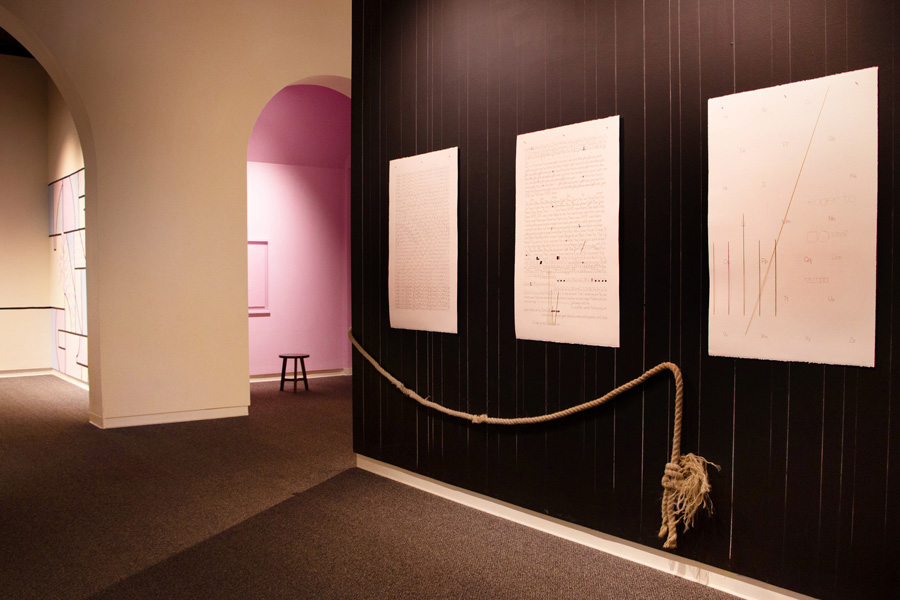 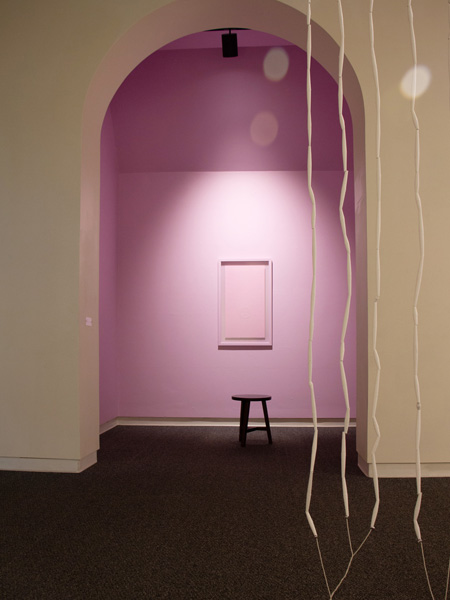 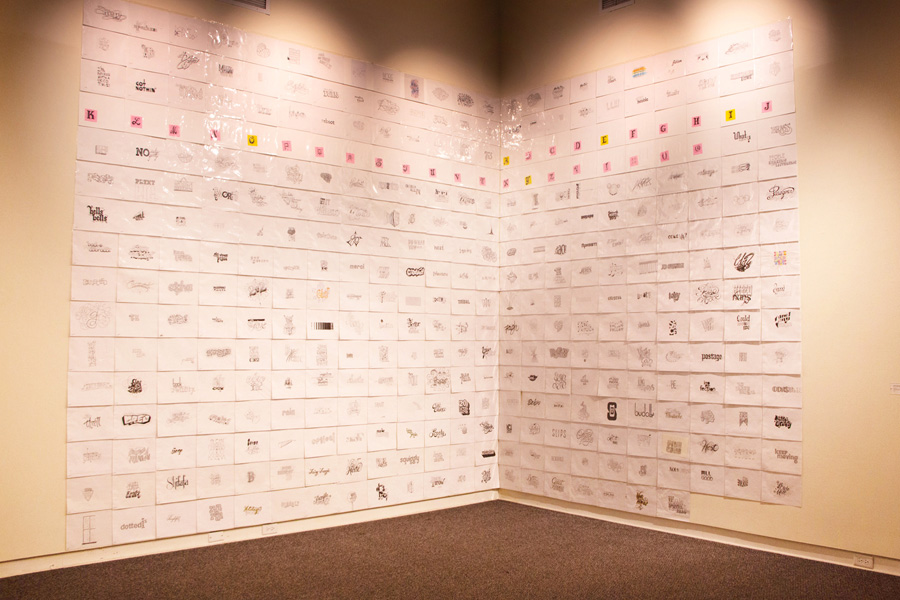 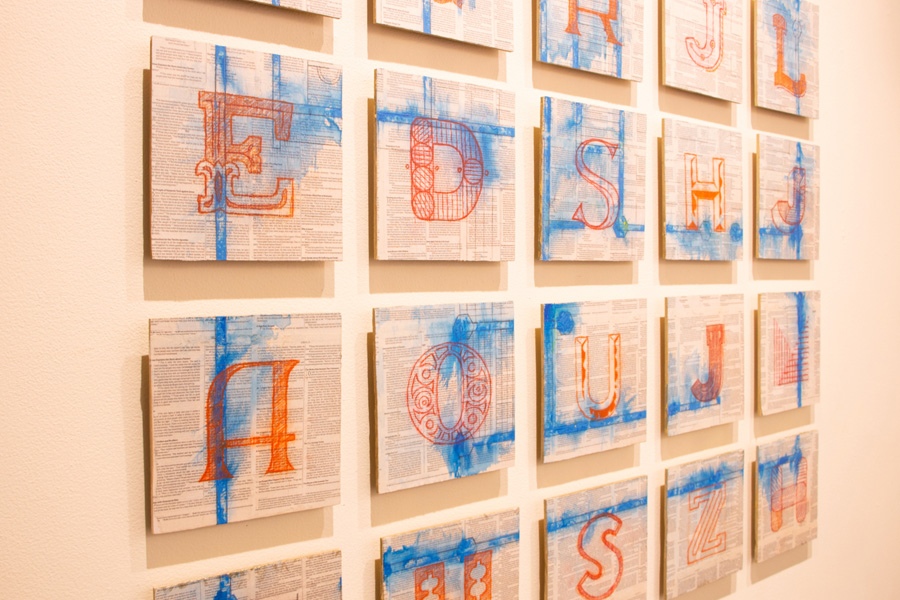 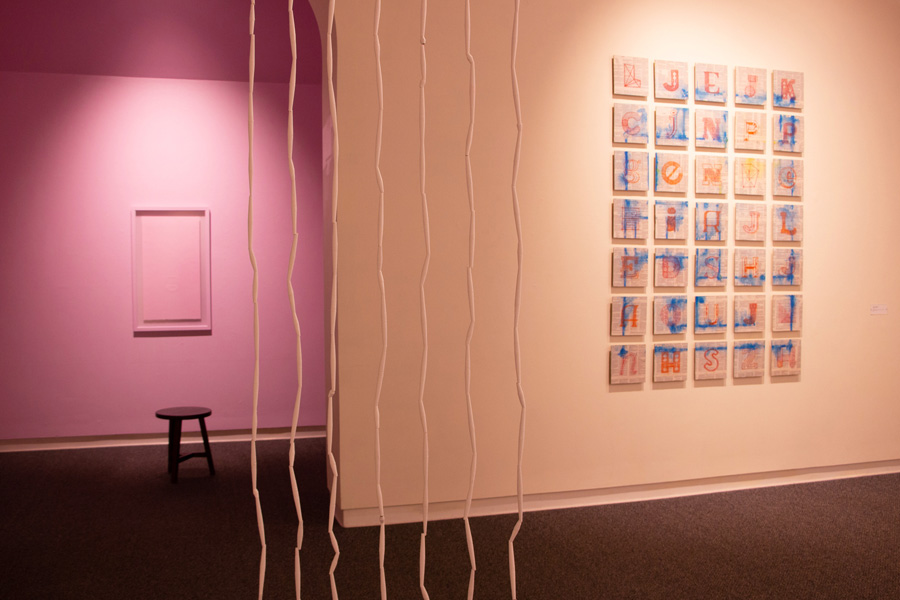 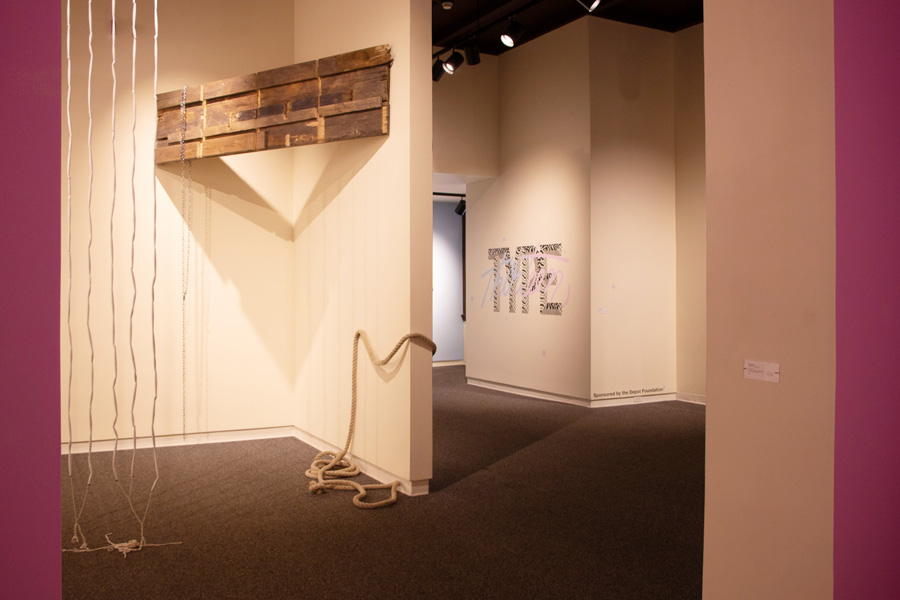 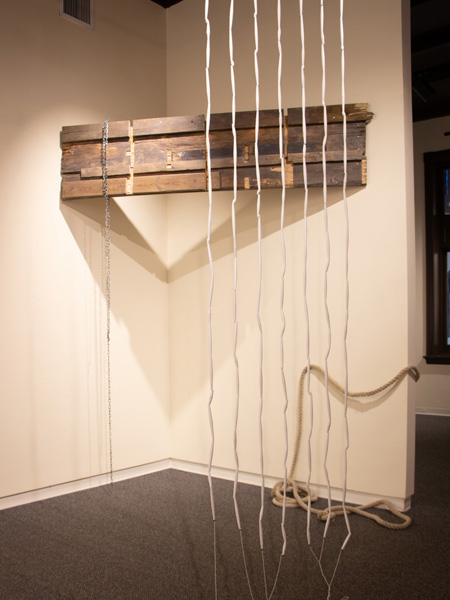 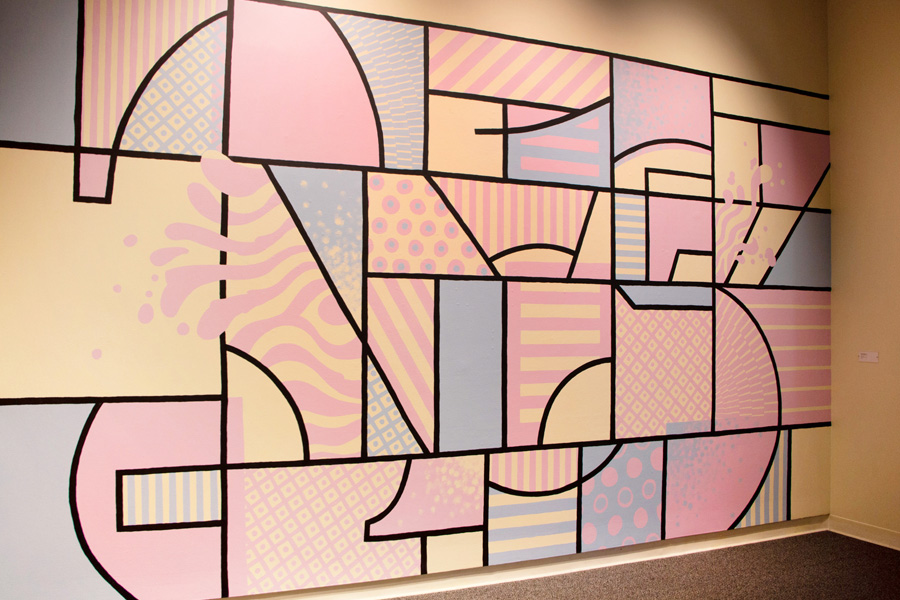 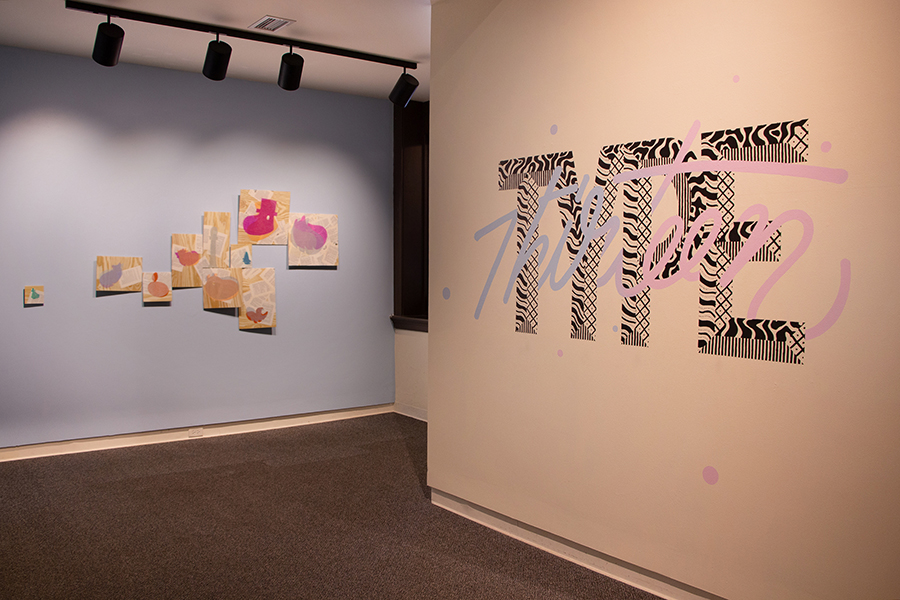