I Want to Ride My Bike 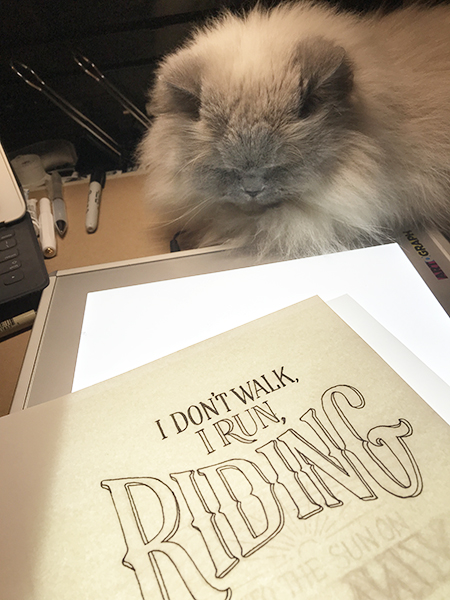 Riding into the Analog Sunset While Merging Lettering & Illustration

Commission by the Cassidy family to create a hand-lettered giclee poster-print as a gift to their relatives; who is obviously a motorcycle enthusiast. In particular his current favorite motorcycle owned is the 2008 Suzuki GSX model.

The first steps (for the illustration) involved creating an initial geometric-proportion shape trace, then using that printout to carefully ink a reversed highlighting illustration to mimic analog printmaking-etching techniques (knowing in advance I was going to reverse colors in final print). My concept was to create a style to compliment both horizontal motion of travel but also the rough-road concrete grit-qualities of the sport. The quote was provided by the family and is a lyric reference from Billy Idol’s ‘Summer Running’ song.

*Special guest art director Piper Cat was influential on making sure this work was completed and stayed on task. 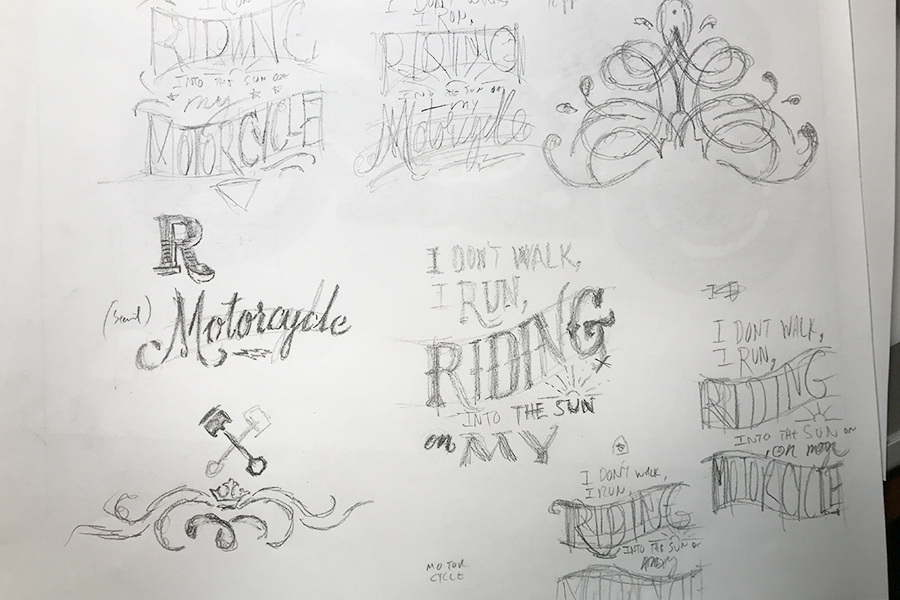 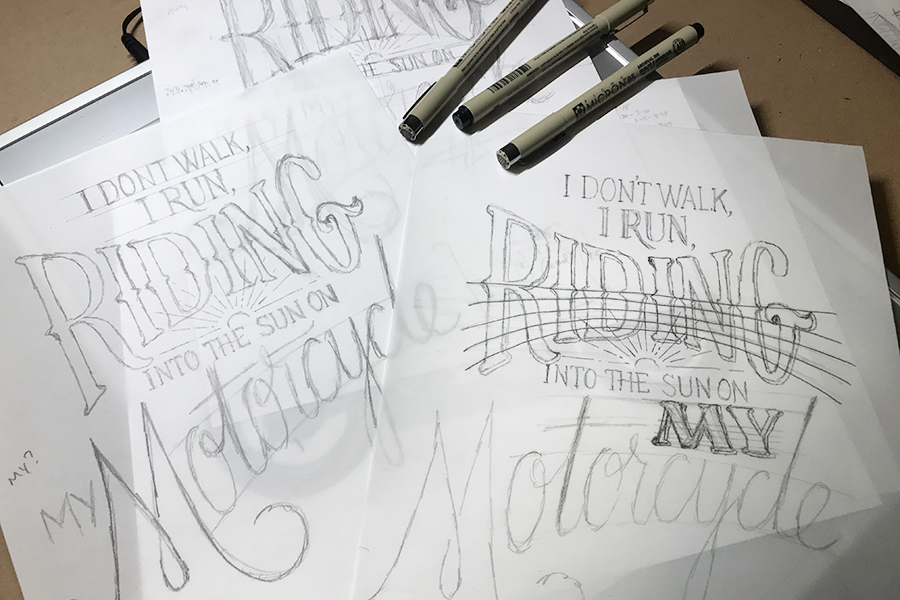 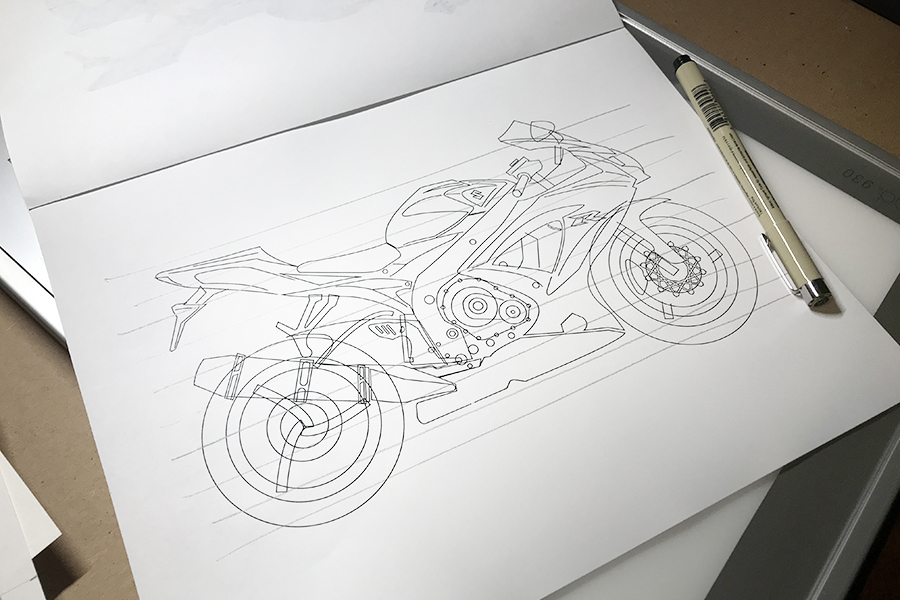 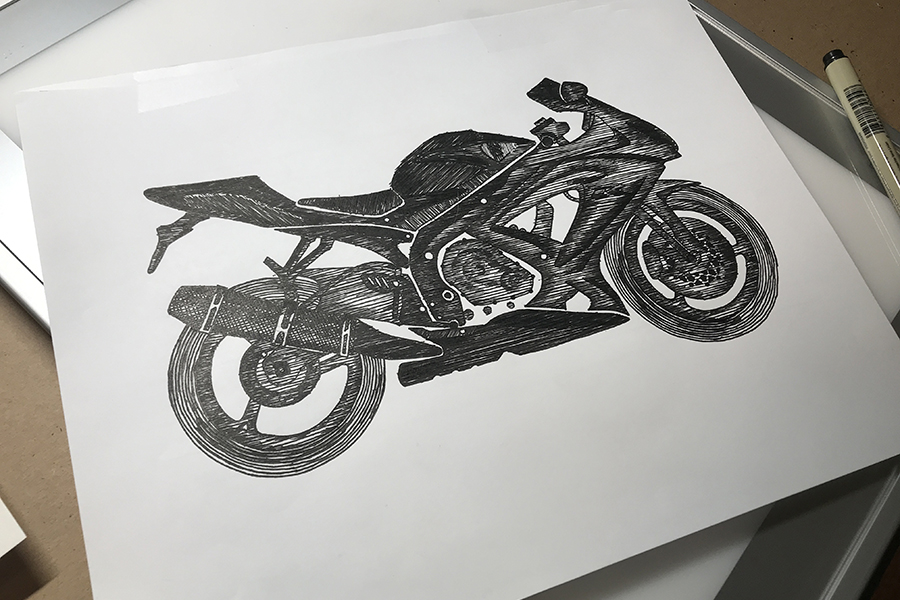 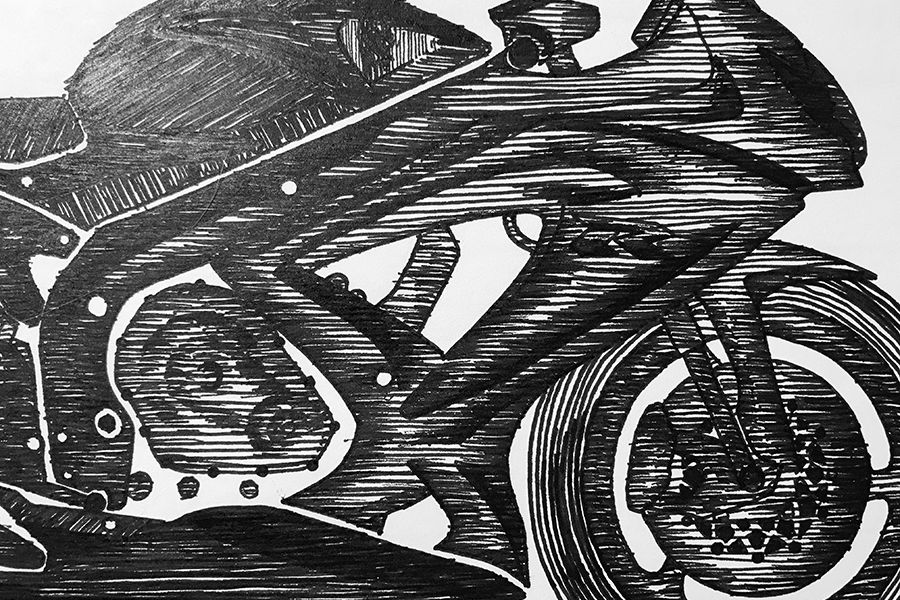 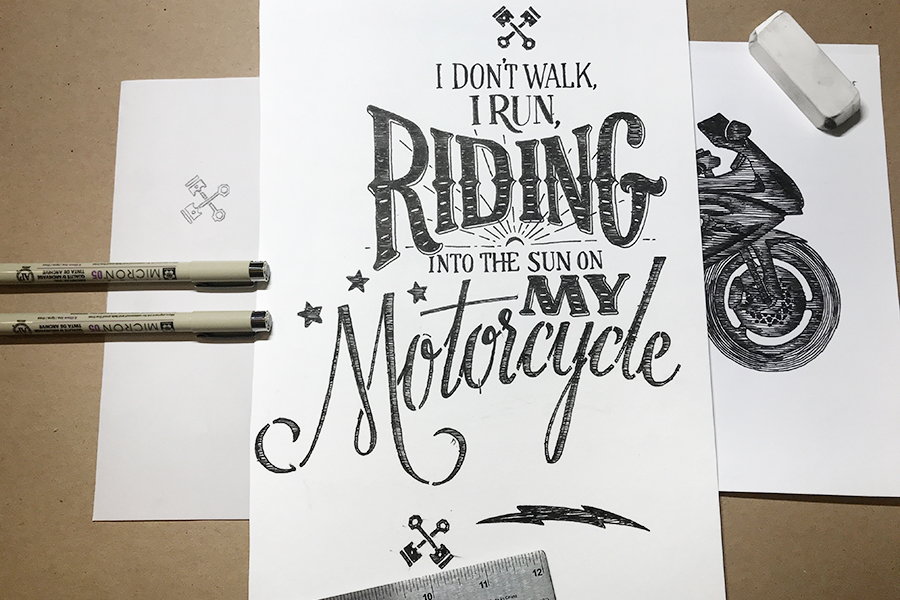 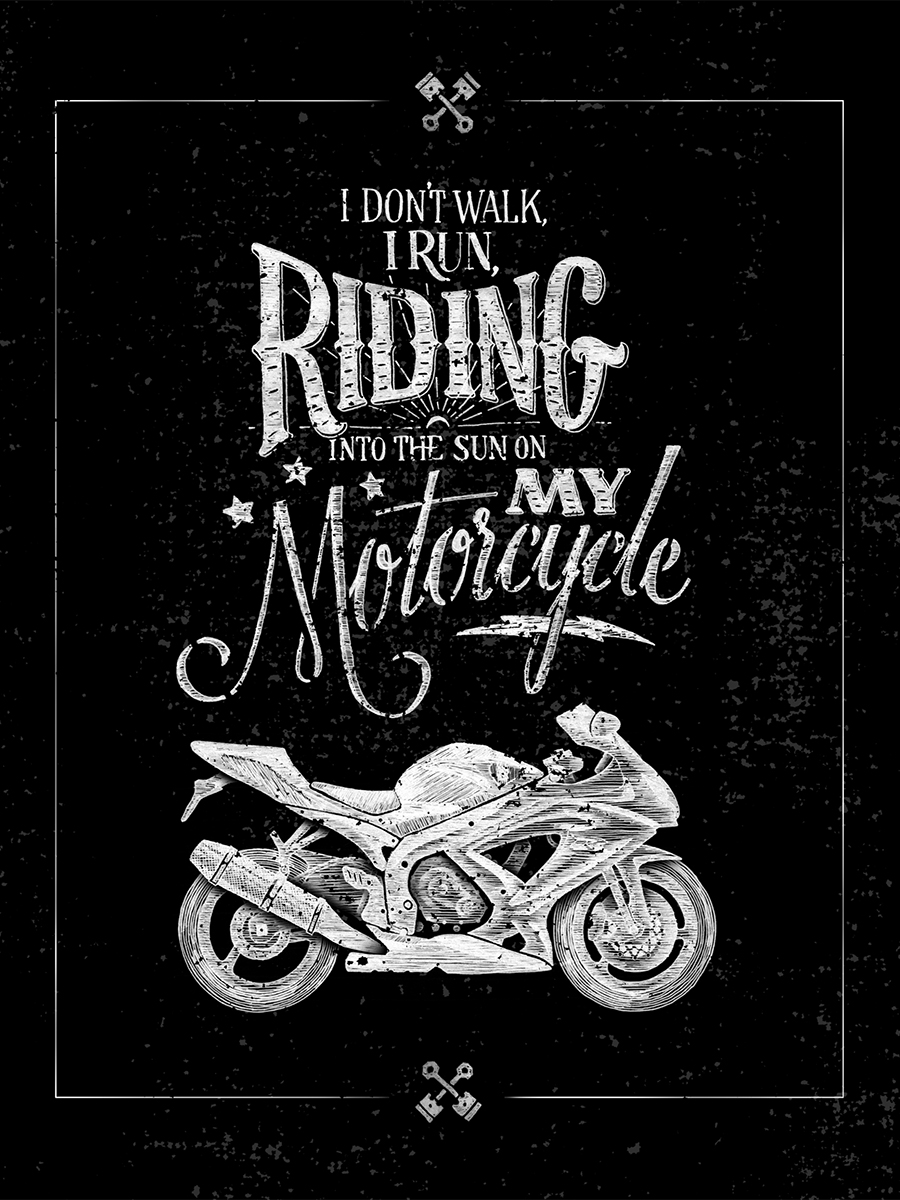