Let It Surround You 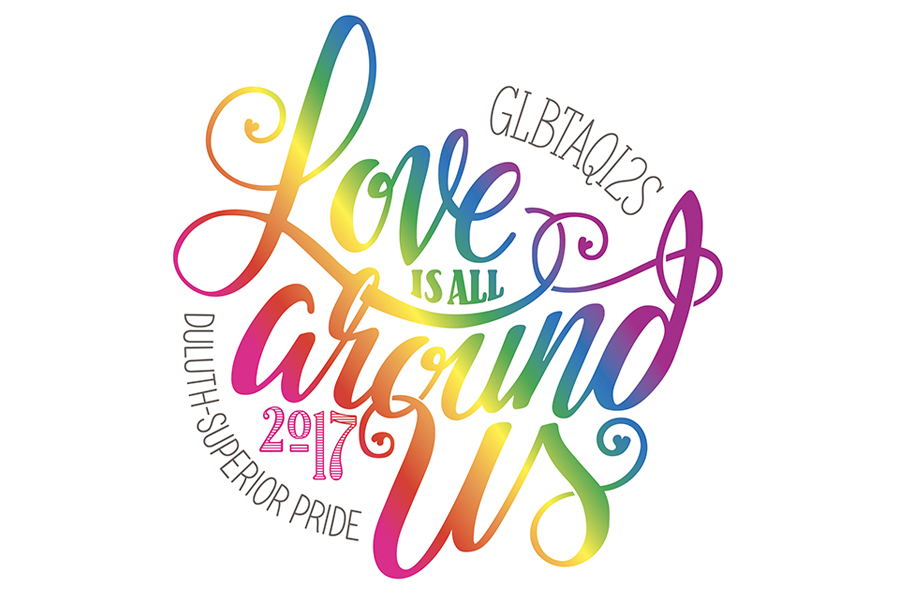 Be the Love to Those Around You

The mission of Duluth-Superior Pride is to serve the area’s gay, lesbian, bisexual, transgender, allied, queer, intersex, and two-spirit community by celebrating its diversity and promoting understanding, education, acceptance, respect, healthy living and loving, self-esteem, and equality. They seek both to promote a positive image of the GLBTAQI2S community, and to end discrimination based upon sexual orientation or sexual identity.

The 2017 theme—Love is All Around Us—was created by the DS-Pride Committee; my lettering was designed to set a tone of human contact, with brushscript lettering that might appear to originate purely by hand writing directly onto a page. The letters range in size and move in swooping curves above and below baselines to celebrate the unbridled joy of the event. The traditional full-pride rainbow hues were used as the primary brand color system; though it was illustrated to function as a one-color design as well. The one- to two-color variable was implemented primarily within a button system, where it often reversed out entirely of various gradients hues representing several of the current pride flags in use. 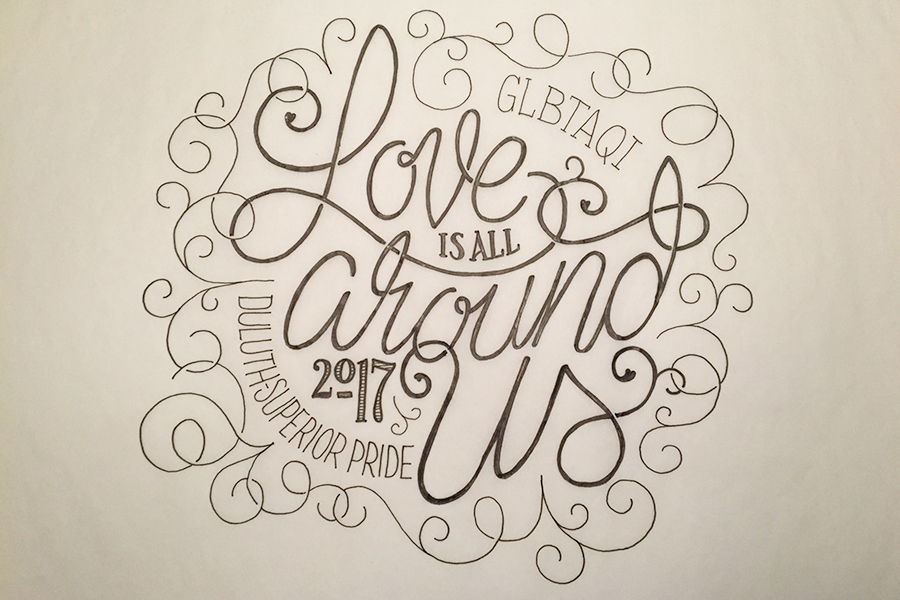 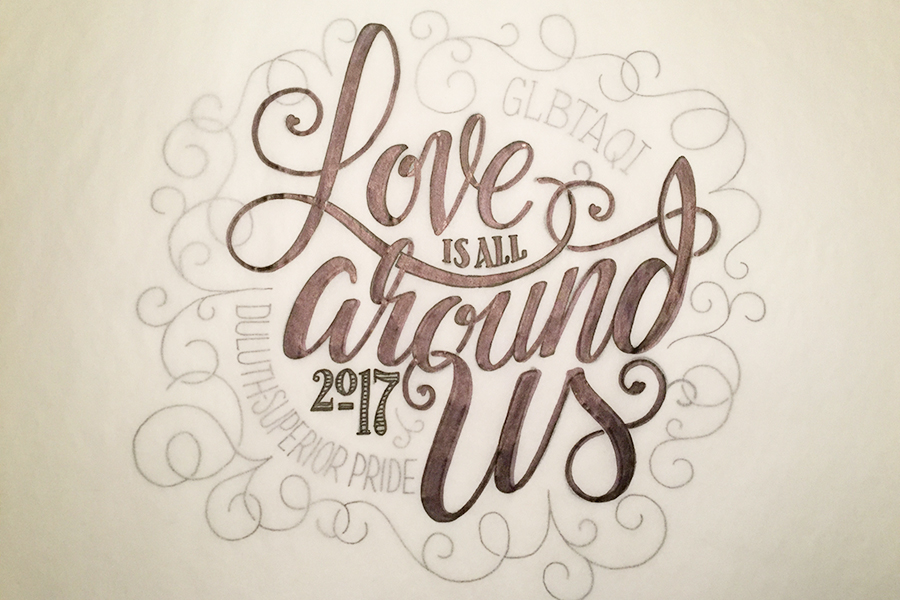 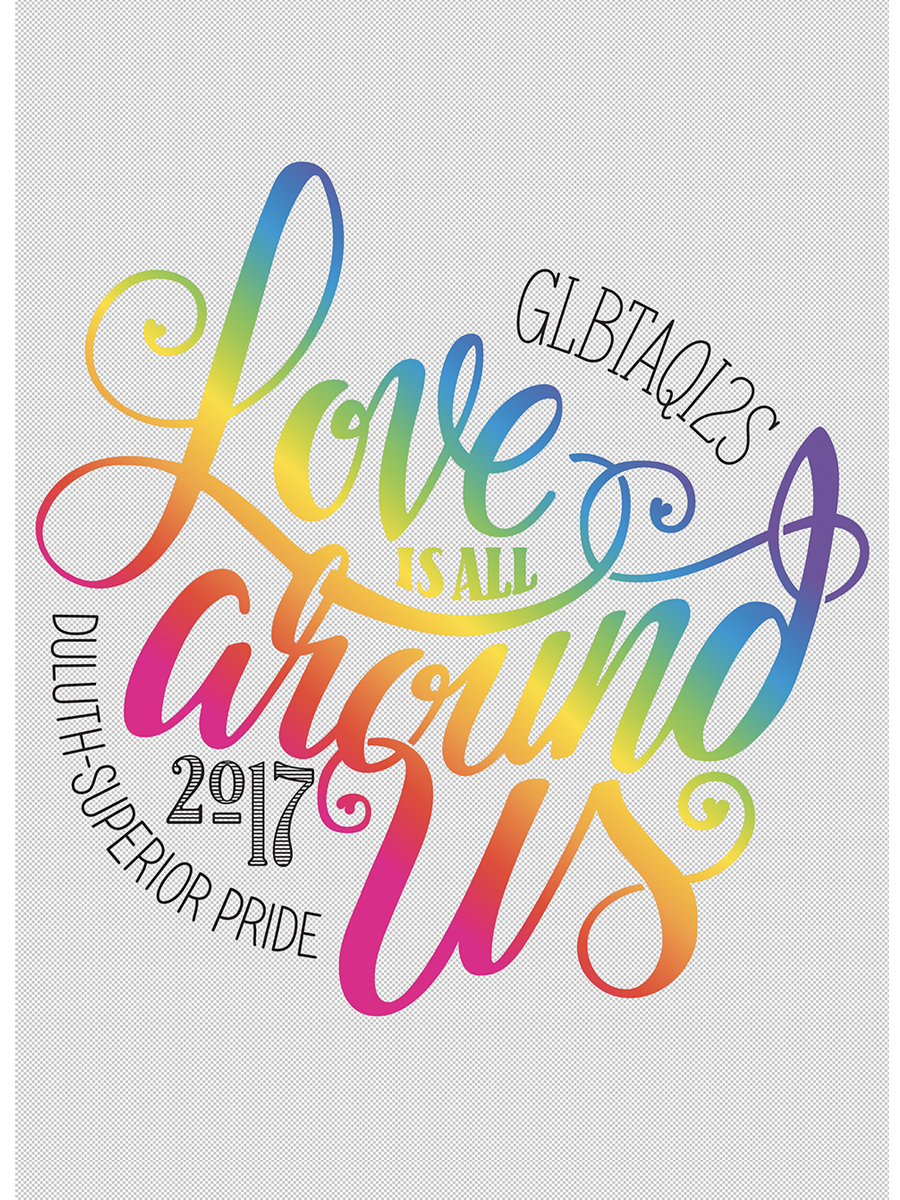 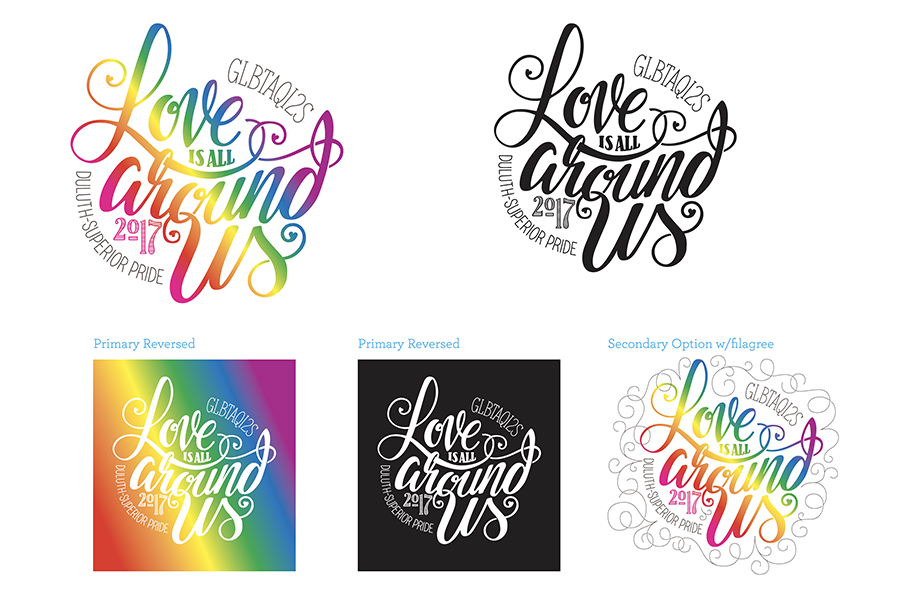 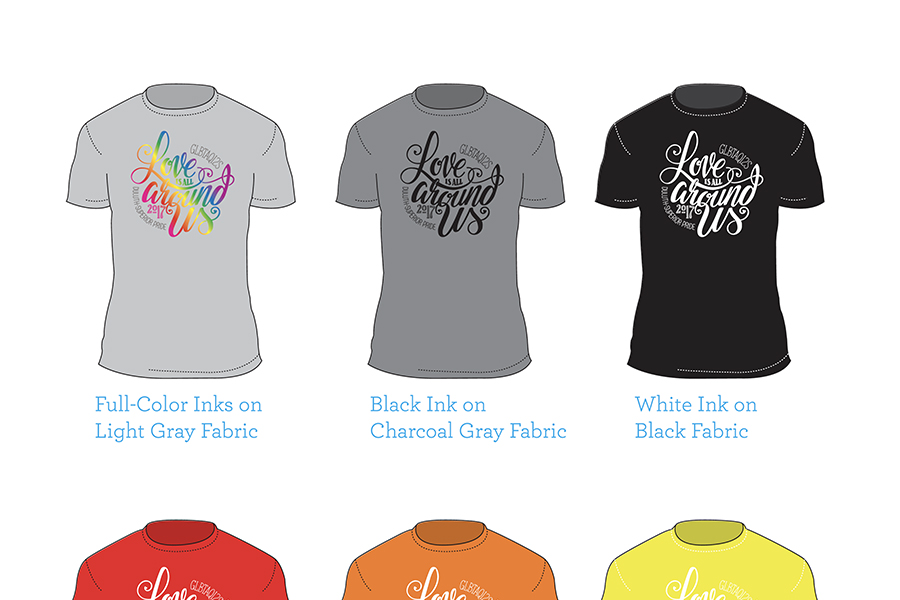 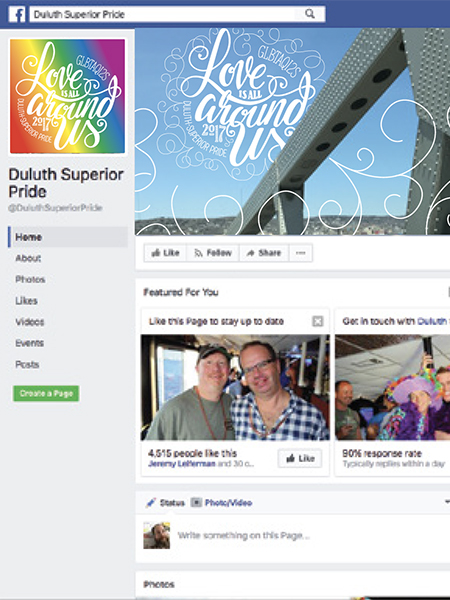